Over a period of last half century, breast cancer has been one of the most commonly occurring cancer type in woman. This notorious disease has managed to become a part of female genes from one generation to another. According to National breast cancer coalition (NBCC); 1 in 8 woman is affected by this disease in United States only. This can give a fair idea of the probability of disease’s occurrence worldwide.  Although, the death rate due to this horrendous disease have reduced to almost 1% annually. However, there is still plenty of scope to avoid and kill the disease at it root.

Breast cancer is a typical type of cancer that causes the irregular and uncontrolled cellular growth in breast and/or armpit area.

Signs and symptoms of breast cancer:

What is the cause of Breast cancer:

It’s usually assumed that only diseases like hypertension and diabetes require dietary modification and lifestyle correction. Although, you can deny all you want; but when it comes to diseases like breast cancer there are plenty of lifestyle based causative factors.

These causative agents include:

How to prevent Breast Cancer from occurring:

Doctors often say that Prevention is better than Treatment. And rightly so! Based on above-mentioned causative factors – the following steps must be taken to avoid breast cancer from occurring in the first place:

How can food help with Breast Cancer:

Ideally a diet that is rich in innate chem-preventive and chemo-protective agents will reduce the chances of getting cancer of any sort. Over the years scientists have identified certain food groups that when consumed for a longer period of time will impart chemo-preventive properties.

Turmeric has a high place in terms of an herbal supplement. Even health professionals’ advice the consumption of turmeric root in form or other on a daily basis. However, the root is particularly beneficial against breast cancer or any cancer of the sort. Turmeric contains a rich percentage of Curcumin which is a potent anticancer as well as chemo-preventive agent. It acts by following ways:

Discover The 7 Keys To Living a More Fulfilling, Healthy and Wealthy Life.
Happy people are successful people. This is simply because being happy makes it easy to stay motivated to reaching your goals. Your thoughts have a very significant impact on the life you lead and the quality of the relationships you will have with family members, friends, and significant others.

Some even reason tha…

Cruciferous vegetables are an excellent source of Phenethyl isothiocyanate. These compounds play an extremely beneficial role along with other anti-breast cancer drugs such as doxorubicin and paclitaxel. Prophylactic anticancer properties of green vegetables are also immensely high.

They act by following ways:

Cruciferous vegetables that are particularly important in this regard are:

This is an extremely beneficial constituent when it comes to fight against breast cancer. Research shows that cucurbitacin act along with anticancer Telomerase to inhibit the proliferation and metastasis of cancer cells. Furthermore; it acts as chemotherapeutic and chemoprotective agent by following ways:

Foods containing cucurbitacin are as follows:

Antioxidants are the armors against breast cancer:

Breast cancer or ay other type of hereditary cancer is more likely to be triggered when the toxins ad free radicals surpass their tolerable concentration in the body. the oxidative stress produced by the toxins on the body acts as a cherry on top in causing cancer. It is therefore, advised by the health professionals to eat diet that is rich in antioxidants.

Antioxidants act by attacking the free radicals produced as metabolic and respiratory by-products. No free radicals mean no oxidative stress and thus, no gene mutation.

Food rich in antioxidants are as follows: 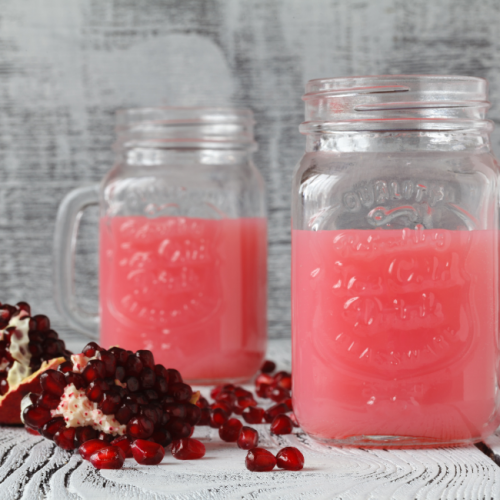 Everybody has their different preference when it comes to eating garlic. Roasted, garlic powder, garlic extract etc. all are different forms in which garlic is consumed. But the astonishing thing is the exemplary role garlic plays as an anti-breast cancer agent.

“Soursop seeds have anti-cancer potential, which contain various compounds that are selectively cytotoxic. This means they target cancerous and other malignant cells for destruction while leaving healthy cells unscathed. They contain compounds, known as “Compound 1,” which is selectively cytotoxic to colon adenocarcinoma cells (HT-29), and with a potency up to 10,000 times greater than the chemotherapy drug adriamycin (doxorubicin).”

Excerpt From Juicing: The Fountain Of Youth

When we hear cancer, our mind automatically takes us to the idea of mortality and death. Although this was true back in the day when research and medication were just not enough. However, today there is plenty of hope esp. for breast cancer survival. Adaptation of healthy diet and lifestyle is always the first step towards both Prevention and Treatment.