Depression is a serious mental condition characterized by an array of symptoms. However, the symptoms of depression may vary from one patient to another depending on the state of mental health.

The mental health of majority of the world population took a major hit since the year 2019 to 2021. The spread of Covid 19, lockdowns, social distancing and lack of communication led to the onset of many of the below-mentioned symptoms of Covid. People from all walks of life, age groups, health conditions and financial statuses can become effected by the disease.

Some of the frequently observed symptoms of depression are as follows:

Treatment options for depressions usually depend on the psychological analysis by a professional. However, some of the modes employed for treating severe to moderate types of depressions are as follows:

We as human have a strange tendency towards “denial”. We like to associate the symptoms of a disease to anything that is not in our control. Same goes with depression. Unhealthy lifestyle and dietary habits lead to onset of different diseases. This cascade of diseases one after the other initiates a series of mental traumas. And traumas eventually become a source for severe to moderate kinds of Depression and Anxiety.

Eliminating the root cause is difficult but achievable, some of the diet-based treatment options are as follows:

Depression is a multifactorial disorder of the brain and therefore have a strong connection to the health of brain and neurons. A healthier brain is of course a happier brain.

Omegas 3 and 6 play a key role in development and repair neurons. They also enhance the neuronal activity from brain to other organ systems. Two of the more important types of omega fatty acids are Eicosapentaenoic acid (EPA) and docosahexaenoic acid (DHA). Research have proved that improving conc. of both these types have shown recession in the depression symptoms.

Some of the omega rich foods are as follows:

Cobalamin (Vit B12) and Folic acid or folate have shown their worth in many congenital and non-congenital disorders. A 2013 research based on Vit B12 supplementation along with antidepressant doses (esp. SSRIs) have shown significant improvement in depression symptoms. Similarly, patients advised to take folic acid as a supplement along with depression medication report a spike in their mood and spirits.

Food rich in both these supplements are as follows:

Proteins are referred to as the building blocks of the body, and rightfully so. Like every single tissue or organ in the body; the brain and neurons are also composed of Proteins. Similarly, the neurotransmitters are also composed of proteins. Neurotransmitters are involved with the transport of electric impulses from one part of neuron to another. Thus, they play a pivotal role in brain activity.

Two main neurotransmitters Dopamine and Serotonin are linked to depression. Lower conc of these NT can lead to depression, anxiety and aggression like symptoms.

Protein rich foods are as follows:

Berries particularly blue berries have been recently generating a lot of buzz in the medical and psychiatric field for their Neuroprotective effects on the brain. Although there is still scope for a lot of research in this area. However, based on the current analysis it has been found that Blueberries produce following beneficial effects on the brain: 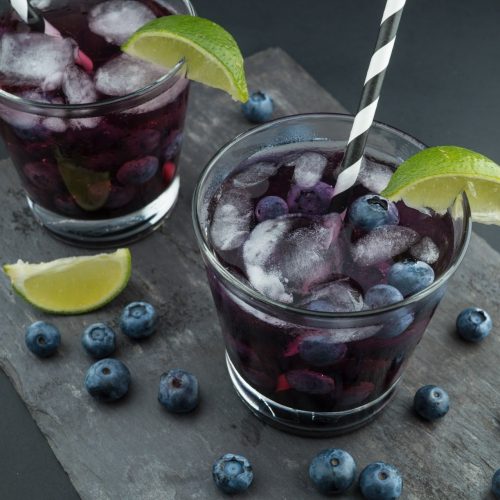 Serotonin neurotransmitter acts as a key player when treating depression. This is linked to the fact that extremely lower levels of serotonin found in patients with chronic depression. Serotonin is composed of amino acid tryptophan. Diet based on higher level of tryptophan have shown to increase serotonin levels in brain.

Tryptophan rich fruits are as follows:

Living with chronic or acute depression, or any other type of depression is a struggle that most people are going through without even realizing it. However essential, it isn’t always possible to take the time out to get properly diagnosed and treated. The only other option left is maintaining a diet that can prevent and treat the disease. Dietary habits based on the above-mentioned foods is not only easily achievable but also easy to maintain as it is affordable & cheap.